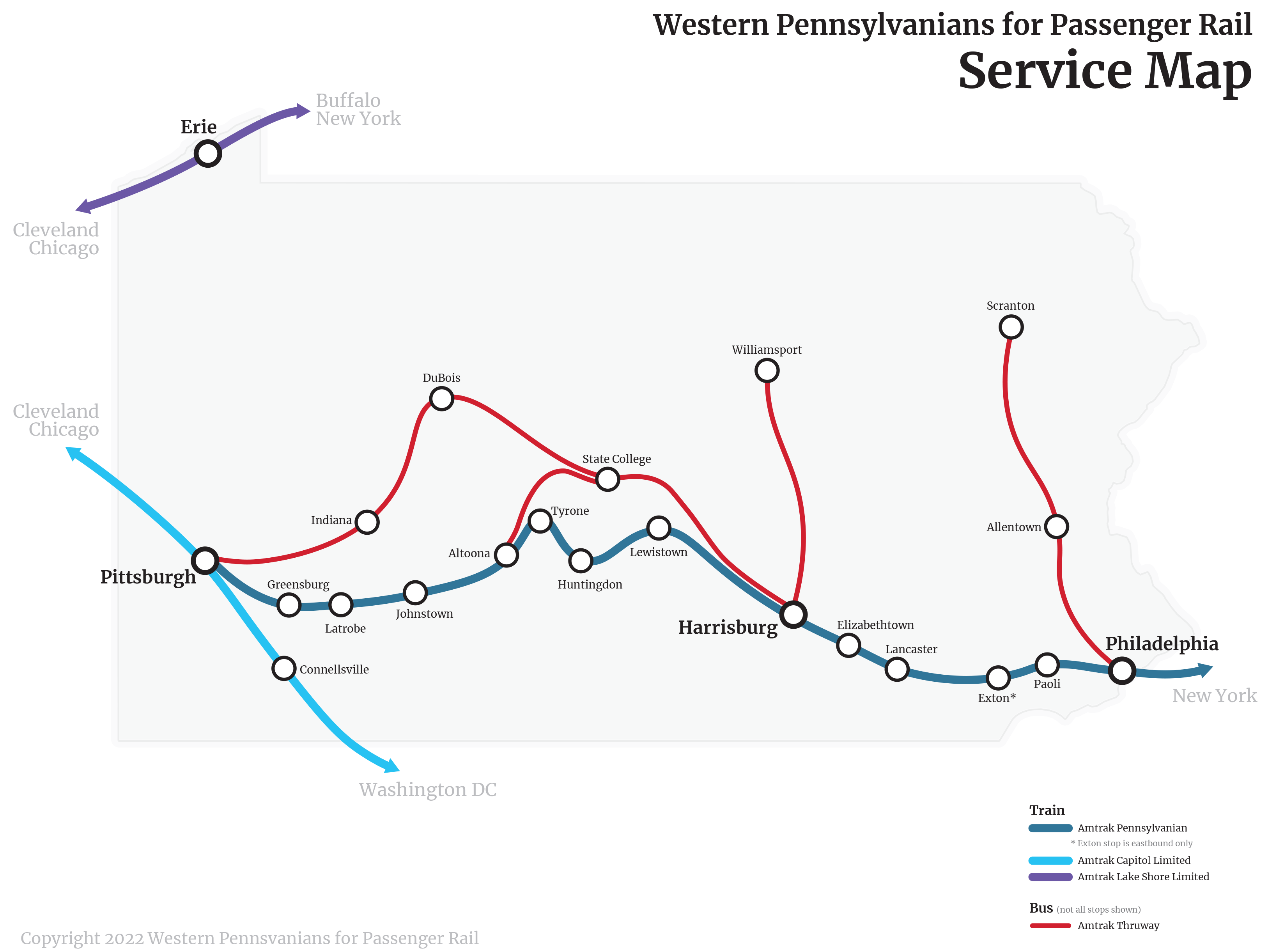 The map shows existing services including Amtrak Thruway Bus routes where one joint rail/bus ticket can be purchased through Amtrak.  Transfer between the Pennsylvanian and the Capitol Limited at Pittsburgh for travel west of Pittsburgh.  At Altoona and Harrisburg, the train and bus stations are in the same building.  Train/bus connections in Philadelphia are made at 30th Street Station.  Service to stations not shown on the map between Harrisburg and Philadelphia is available via Pennsylvanian/Keystone Service connections in Harrisburg.